A young Ethiopian woman is earning praise from across the world after she appeared for an exam just half-an-hour after giving birth! Photos of 21-year-old Almaz Derese from Metu in western Ethiopia, writing the exam from a hospital bed took social media by storm. People around the world have dubbed her ‘Wonder Woman’ on social media.

Derese had hoped to give her exam before labour, but the secondary school exams were postponed due to Ramzan. She went into labour on Monday, shortly before the first exam was about to start, but that did not deter her from writing it. In fact, after giving birth to a healthy baby boy, the young mother took her board exams from the hospital bed.

According to BBC Africa, Almaz said studying during pregnancy wasn’t a problem and “she did not want to wait until next year to graduate.”

She wrote three papers — English, Amharic and Math from the hospital and hopes to write the rest of the papers at the designated exam centre on the scheduled dates. Derese hopes to take a two-year course to prepare for university.

Derese was supported by her husband, Tadese Tulu, who said he persuaded the school to write the exams at the hospital, the report added.

While most lauded her for her “determination and grit” online, saluting her for not giving up despite all odds and dubbed her journey as “inspiring”, others thought it was “wonderful, but she shouldn’t have to do that”. 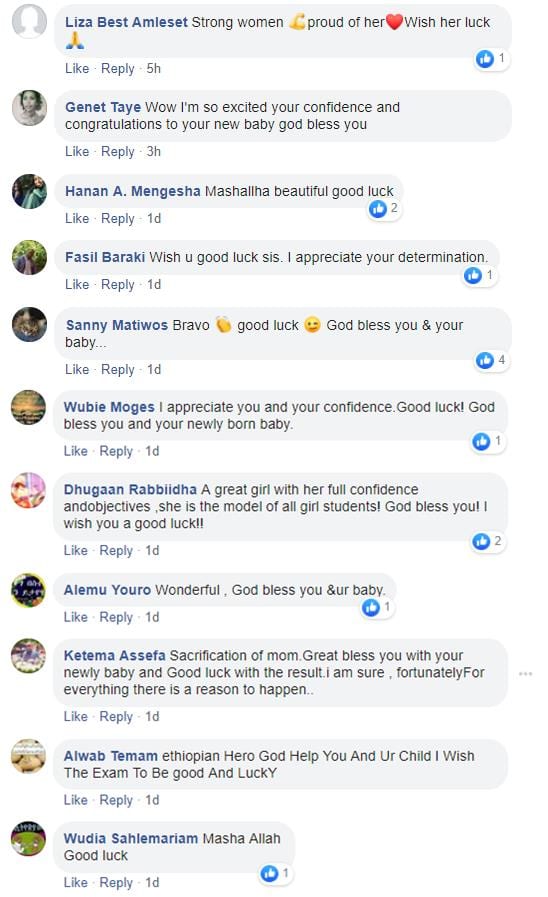