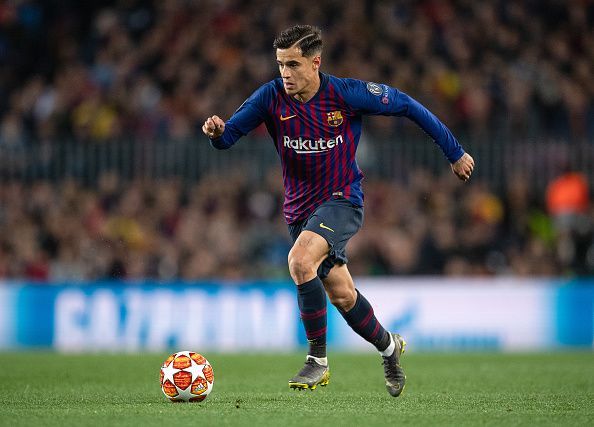 It’s no secret that Philippe Coutinho’s dream move to FC Barcelona has not gone as planned. The Brazilian midfielder joined the Catalan giants for a club-record fee of £142 million after five fruitful years at Liverpool and was earmarked to have a big future at the club.

Just over 18 months since swapping Merseyside for Catalonia, the 27-year-old is out of favour as the La Liga champions are actively looking to move him on in order to free up funds for a potential move for Neymar.

Although Coutinho’s ability was never scrutinized at any point in his time at the club, a combination of factors have ensured that the most expensive purchase in Barcelona’s history has not been able to live up to his potential.

Liverpool tried everything to keep hold of their star-man, as Barcelona’s interest stretches back to the summer of 2017 when a derogatory bid was turned down instantly by the Merseyside giants.

Coutinho was always regarded as one of the most talented players amongst the squad. But, under the tutelage of Jurgen Klopp, he scaled new heights on his way to establishing himself as one of the biggest match-winners in world football.

Effective from the left-wing and through the centre, the Brazilian allowed Liverpool to build around him and his versatility enabled the manager to slot him across different formations. He excelled in a 4-3-3, a 4-2-3-1 and a wide 4-4-2 in his time at the club.

As quoted by the Brazilian, the lure of a historic club like Barcelona was too much to turn down, even more so for a South-American who idolized Ronaldinho as a young boy. His dream move finally came to fruition in January 2018.

“When Barca’s interest came up, I thought that it had always been my dream to come. That’s something I can’t deny. My biggest idol was Ronaldinho, now I have the same opportunity.”

Jurgen Klopp, who was insistent on retaining a vital cog in his free-flowing attacking side, refused to stand in his way after the Brazilian signalled his intent to sit out the rest of the season if his move wasn’t granted.

“Stay here and they will end up building a statue in your honour. Go somewhere else, to Barcelona, to Bayern Munich, to Real Madrid, and you will be just another player. Here you can be something more.”

Hindsight is an extravagant luxury but looking back, the German tactician’s advice to his former talisman has been vindicated with incredible accuracy.

The likes of Lionel Messi, Ousmane Dembele, Luis Suarez and new signing Antoine Griezmann are the front-runners for the trio of attacking spots available, making Coutinho a secondary option.

As for the midfield, the Catalan giants are well stacked once again with Sergio Busquets, Arthur Melo and Frenkie de Jong seen as the go-to options, leaving Coutinho’s Barcelona career hanging by a thread.

Assuming Ernesto Valverde persists with his preferred 4-4-2, Busquets, Arthur and de Jong are expected to start in the deeper midfield spots, with Messi occupying the tip of the diamond. Suarez and Griezmann are the obvious contenders to lead the line, leaving Coutinho as a bit-part player once again.

Moreover, the Brazilian loves having the ball at his feet in central areas to facilitate attacks, much like Lionel Messi.

It goes without saying that the diminutive Argentinian is virtually untouchable at Barcelona and the fact that the pair share a lot of similar qualities, albeit in varying magnitudes, presents another problem for the Brazilian.

In order to revitalize his career at the club, it would make sense for the 27-year-old to reinvent himself in a new position, which is an uphill task for a player who’s entering his prime.

Barcelona could also lineup in a 4-2-3-1 as a plan-B and if that were to be the case, the likes of Ousmane Dembele, Antoine Griezmann, Lionel Messi and Luis Suarez would get the nod ahead of the Brazilian, with Sergio Busquets and Frenkie de Jong being deployed in a double-pivot.

Despite his match-winning ability and the tag of being the club’s record-signing, Coutinho is an expensive luxury for Barcelona at the moment as he doesn’t make their best XI regardless of their set-up.

With the club spending in the excess of £200 million this summer for the likes of Frenkie de Jong, Antoine Griezmann and Junior Firpo, it remains a possibility that they’ll look to move Coutinho on to balance the books.

It has also been reported that Coutinho could be involved in any deal for Neymar, with Barcelona looking to offer him in exchange as a sweetener.

The Catalan club have attacking talent in abundance and it could be argued that Coutinho’s skill-set doesn’t make him the ideal candidate to partner Busquets and de Jong in midfield, even more so when the likes of Arturo Vidal and Arthur Melo are still around at the club.

A move away from Spain seems like the most logical option to get his career his back on track. Even though Coutinho has won a handful of trophies with Barcelona, the harsh reality is that the Brazilian was not a key player in any of the club’s major scalps.

After sealing a record breaking move away from Liverpool, Coutinho was tipped to establish himself as a pivotal member of Barcelona’s future but things haven’t worked out for the Brazilian.

The little magician, as he was referred to in his time at Liverpool, looks a shadow of his former self and needs to get regular game-time under his belt to get his career back on track. More so, he needs to secure a move to a club where he’d be the central figure once again, much like he was in his time at Liverpool and have the team built around him.

Although a dramatic turnaround at his current club is not completely out of the question, it remains unlikely considering the options Barcelona have at their disposal currently. While Coutinho hasn’t set the world alight in his time at the club, his quality has by no means diminished and his performances for Brazil is a timely reminder of why Barcelona paid the big bucks for him.

The former Liverpool man was one of Brazil’s standout players at the World Cup and topped it off with a fantastic showing in the Copa America, as the Selecao went on to win the tournament. While Coutinho’s performances for Liverpool earned him a move to Barcelona in the first place, his exploits for the national team is a further indication of his quality.

Barring a major upturn of fortunes, it remains likely that Barcelona will part ways with their record signing and if that were to be the case, the player will not be short of suitors.

Assuming Barcelona decide to cut their losses and move him on, Coutinho needs to re-evaluate his options and join a club where he’d be the mainstay of the team, as was the case at Liverpool. And at 27, the former Inter Milan man still has time on his side to turn his career around elsewhere.