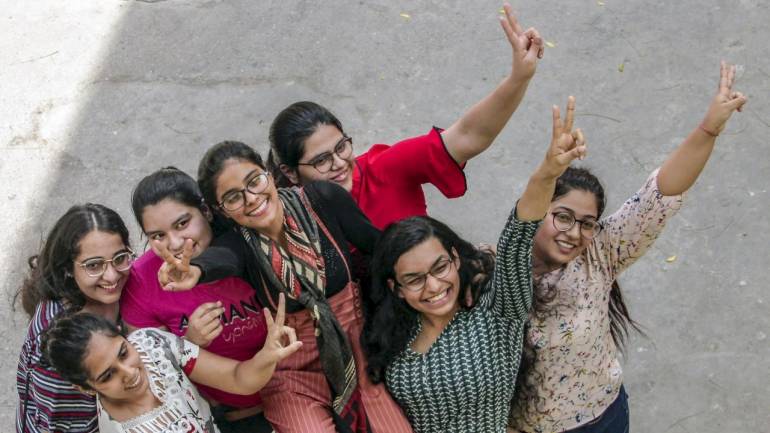 India is set to become a USD 5 trillion economy by 2024, from USD 2.7 trillion at present. This looks like an achievable goal with the government taking the necessary steps to boost infrastructure development and encourage all round economic growth. An essential piece in the game plan for achieving this goal is focus on education.

Much like an army cannot fight on an empty stomach; an economy cannot grow if its workforce lacks the right education and/or skills. In today’s world, when disruptions are coming one after another, this is more true than even.

Every industry has been disrupted by use of digital and cluster of associated technologies – from agriculture to automobiles, pharmaceuticals to aerospace, manufacturing to retail, telecom to oil and gas, all sectors are undergoing drastic change due to use of technology.

While technology itself is morphing at a pace quicker than managements and companies realise, India’s education system needs to keep pace with changing times.

A growing economy needs employable workforce, armed with current knowhow rather than outdated skills. Companies spend million in re-skilling and with precious time lost to get workers up to speed. Our higher education institutions churn out around 2.5 million graduates every year. However, this is falling short of requirement, besides the fact that their quality leaves lot to be desired.

No wonder education featured prominently in Finance Minister Nirmala Sitharaman’s maiden budget. The finance minister has proposed a 12.8 percent year-on-year increase in FY20 allocation for school education to Rs 56,536.63 crore in Budget 2019. For higher education it has increased 14.3 percent to Rs 38,317.01 crore, giving a total outlay of Rs 94,854 crore to education.

The draft of the New Education Policy has ambitious recommendations with an aim to turn India into a “knowledge superpower”, but any policy overhaul requires a corresponding enhanced outlay in budget to show how serious is the government’s intent.

Going by the past budgetary commitments, the share of total spending on education in the Union budget has decreased in recent years. The government has focused on funding education through a cess instead of conventional budget, but so far that money also has not been put to use.

The new policies rightly emphasise on the need for quality teacher education, but the budgetary outlay for it has been reduced indicating that it’s not high on priority.

The finance minister has announced setting up of National Research Foundation (NRF) to fund, coordinate and promote research in the country. Under the proposal, funds available in all ministries will be integrated to enable centralized funding and outcome monitoring mechanism, thus ensuring “coordinated research and innovation efforts, especially in problems areas critical for India and also globally relevant.

As per K Kasturirangan, NRF will address a critical lacuna and bring the focus on funding research within the education system, primarily at colleges and universities. The FM also talked about bringing in legislation for setting up the Higher Education Commission of India which seems to be a step in the right direction. She also announced three other initiatives which also are rich in intent.

The total allocation for research and innovation has also been bumped up from Rs 350 crore last fiscal to Rs 609 crore in the current fiscal.

The finance minister has announced the intent to start a programme ‘Study in India’ to encourage foreign students to study in Indian universities.

India has the potential to become the hub of education and the ‘Study in India’ programme will focus on bringing foreign students to the country.

Such a programme will also help in limiting the recent trend among Indian school student to go abroad for their higher education. Recent estimates indicate that over 7.5 lakh Indian students are studying abroad spending over 3 billion UD dollars on tuition and hostel fees.

The government also announced its intent to focus on imparting new-age skills in areas like artificial intelligence, Internet of Things, big data, 3-D printing, virtual reality, and robotics to equip youth to take up careers in these emerging areas.

Another initiative is about plans to establish a television channel broadcasting from Doordarshan dedicated to inspiring and promoting start-ups across the country.

The intent behind all these steps cannot be faulted – aiming to boost standards of education with a focus on quality and churning out employable students besides promoting research and developing more institutions of eminence.

Yet, like in the past, the problems are not with the proposals, rather execution has found to be wanting. For lack of ideas and direction budgetary allocations are often not fully utilized. Student teacher ratio does not match up to global standards. The focus is on improving quality but the output falls short of the benchmarks.

On paper the idea has been to replicate the success of IITs, IIM, IISc, AIIMS and such flagship institutions. In reality the task is far more complex—institution building is not just about nice campuses, but the right faculty, research orientation, global outlook to expose students to cutting edge work and so forth.

Bureaucratic inertia and political interference often puts paid to the best laid out initiatives. India falls behind most global benchmarks — be it number of patents filed, research reports, Gross Enrolment Ratio (GER—number of students enrolled as a percentage of population in same age group), coming up with new education models in keeping with changing times and so on.

Government schemes often sidestep the private universities and colleges, which have grown rapidly in the last five years taking up the brunt of higher education load.

Budget 2019 for education promises to usher in once again a new era and leave the baggage of the past behind. There is always room for lot more to do in education. But even if we can do the hard work to get the various proposals going with all seriousness a lot can be achieved.