If retail banks are so focused on the customer experience, personalization, the customer journey and a user-friendly  customer interface, why do they rank an average 342 in their reputation score, behind retail at 515 and automotive at 570? And their scores are declining according to research by Reputation.com. Banks showed up poorly for online sentiment, recency of reviews, review response rate, review volume and other key factors.

“Eighty-six percent of consumers read reviews of local businesses, and 57% won’t use a business with a rating lower than four stars. That’s because 92% of consumers trust those conversations, comments and ratings more than they trust advertising.” 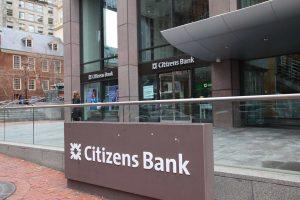 What’s a bank to do?

Get active seeking positive reviews and respond quickly to all online comments you can find.

“Disgruntled consumers continue to post negative feedback online, presenting an urgent challenge for banks…But there is a way to positively influence that voice and proactively participate in shaping your bank’s online reputation, and that’s with online reputation management.”

No surprise then that Reputation.com offers just those services. It advises:

• Respond to every online review. If you do not respond, it magnifies the damage of a negative review.

• Learn from the online feedback. It’s a gift.

• Master the art of managing online reviews now so that you can play offense rather than defense with your reputation.

“Retail locations in other industries are learning to manage their online reputations, but retail banking locations fall behind in this respect.”

All 23 banks sustained a low review volume throughout the four-year analysis period.

Surprisingly, the banks didn’t seem to have a clue where they ranked.

They look terrible compared to other industries, said Tom Barnes, the general manager for financial services.

“It’s a nice slap across the face for these bankers. It’s either an area they were not aware of or they were turning a blind eye to the feedback. Now (since the study was released) our phone is ringing off the hook.”

The chief data scientist at Reputation.com, Dr. Brad Null (really) said the researchers were surprised at what they found. They pulled in data for the top 23 banks with a physical presence, drawing on comments across Google, Facebook, Twitter, social data and any other data they could find online and then applied artificial intelligence and machine learning tools.

“We calculated our reputation score at a location level to see all the pieces impacting each location, such as whether the phone number is accurate. The data showed reputations are getting worse.”

The rankings are curious. Citizens ranks near the bottom overall with a reputation score of 252 compared to the top-ranked Capital One. which scored 405. But Citizens received top marks for staff, courtesy, parking and competence with 3.4 stars to Bank of America’s 1.7.

“Parking might not immediately leap to one’s consciousness when debating which bank to conduct business with, but plenty of reviewers take issue with it in our analysis. This should prompt banks’ review of their facilities and how they can better accommodate their customers. After all, customers can’t come in if they can’t find a parking spot.”

Clearly online engagement has not received much attention from banks.

“Ratings in this category are generally low — none of the 23 banks rate higher than 3.2 (Citizens Bank) out of 5 stars, indicating an opportunity for improvement as banks review their Reputation Scores.”

Most of the retail banks in the survey also logged low response rates to key concerns from customers expressed online. Over four years, one of the best responders was KeyBank, which made the most effort to respond to 79 percent of online reviews. U.S. Bank followed that up by responding to 71 percent.”

Barnes said the reviews should be seen as a gift, much cheaper than paying consultants and social media influencers to find out what needs improvement.

“Bankers need to look at the folks who had a good experience and ask them to leave a review. Respond to it and the next person online sees that you care.”

The Reputation.com report shows 0% response rate to comments over the last 12 months at several banks.  Zero. 0! What are they thinking?

Joe Fuca, CEO of Reputation.com, said a key reason banks don’t engage online is fear, something Reputation.com also saw in health care.  Executives were afraid to have the public give feedback in a public forum they couldn’t control.

“What they found out was that the more you sit back, the worse it gets. If you don’t get active asking for positive reviews, you will just get the negative ones.”

Fuca talks of managing data in the wild — the unstructured data of social media — rather than relying on easily formatted, and easily tabulated, surveys. He suspects banks have assigned limited resources to data in the wild. Banks have to invest more in people and training to engage with customers online.

“Surveys give you that interesting first person response,” said Null, but AI and machine learning can pull sentiment from social media and by responding online, banks show the next person on the site that they care.”

The biggest problems is that banks are focused on structured data, which they can control and which is easier to digest.

“Data in the wild has exploded over the least few years,” said Fuca and consumers are growing accustomed to interacting with companies through Twitter or Facebook, so their expectations have grown and banks suffer from lagging behind other industries.

The challenge will be to focus on both online and physical banking activities, Null, the data scientist, said.

“Banks spent the last six to eight years going ‘Digital, Digital, Digital’ and now they are finding in the last eight to 12 months that all the reporting shows the highest customer satisfaction is from customers who have both an online and physical relationship.”

Instead of eliminating branches, some banks are focused on making the branch a stellar experience, as Capital One is doing with its cafés.  They realize the branches are a great place to drive business, he added.