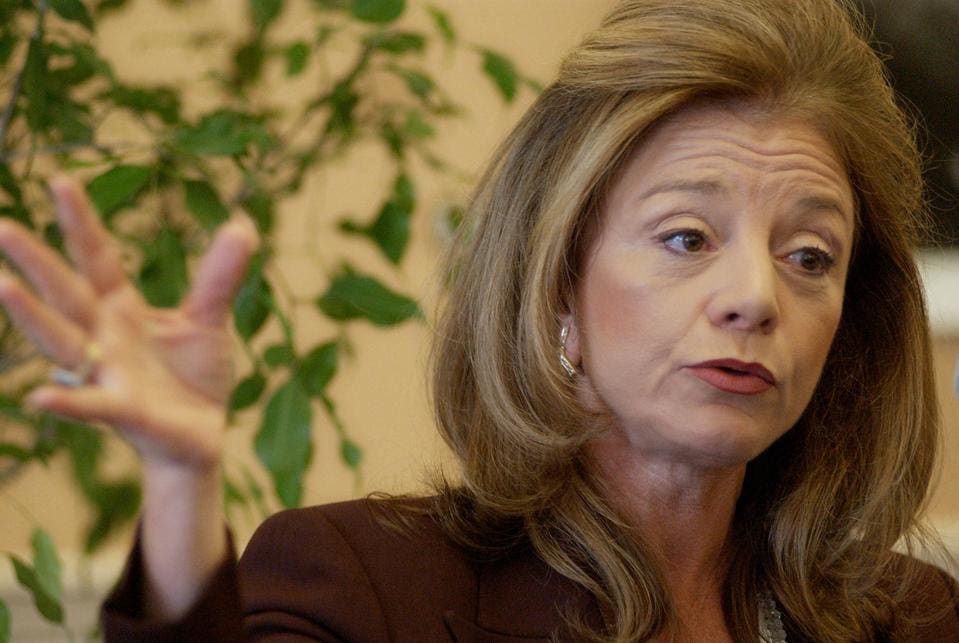 The new book by Sylvia Ann Hewlett, The Sponsor Effect: How To Be A Better Leader By Investing In Others, picks up where her earlier book on sponsorship leaves off. This book in particular, The Sponsor Effect makes a strong case on benefits to the sponsor, not just the protégé.

Hewlett puts quantitative metrics around the benefits of being a sponsor, as in this example of LeBron James and his $1 billion benefit from sponsorship:

“Like many athletic stars, he has a few old friends who have accompanied him on his rise to fame. But unlike many stars, he didn’t just hand out money to his old buddies. He sent them to school and steered them to internships where they strengthened their management and production skills – skills that he didn’t have himself. His old friend Rich Paul, for example, now has his own talent agency and another friend, Maverick Carter, runs a production company. Paul, Carter, and the rest of James’ inner circle have more than repaid the money he spent on them. In 2016, for example, Carter secured an endorsement deal for James with Nike that could be worth $1 billion.”

Even if you’re not LeBron James, you can benefit as Subha Barry did, when her protégé Todd Sears opened up $1.4 billion in new wealth management business.

Being a sponsor also offers the qualitative benefits of complementary skills. As Hewlett writes:

“The right protégé can fill gaps in your skill set, take responsibilities off your plate when your calendar gets crowded, offer moral support when you need it, and build your personal brand.”

Hewlett provides several examples of senior executives benefiting from a different perspective offered by a protégé or complementary communication or relationship skills. Unfortunately, the vast majority of sponsors don’t seek out proteges who demonstrate these helpful differences. According to Hewlett:

“Only 23% of sponsors look for a protégé who has skills or a management style that they personally lack. Among boomers, who are most likely to be at the very top of organizations, the number is only 14%.”

While Hewlett affirms that it’s the protégé who should do the heavy lifting of scheduling meetings and proactively managing the relationship, the sponsor plays an active role. Hewlett cites three specific ways that sponsors invest in their proteges:

1. “Endorse noisily. This one’s straightforward, though it can take some courage at first. Tell everyone about your protégé. Bring them to meetings. Make introductions. The goal here is not just to be open but to be boisterous….”

2. “Advocate behind closed doors. You’ll want to both lay the groundwork and when it comes to decision time, push hard….[Examples Hewlett shared include a quiet word to superiors to keep an eye out, formal introduction, talking to colleagues before that meeting to decide on filling a role]….”

3. “Provide air cover. Some air cover is public, such as bringing proteges to meetings…But a lot is private too. Let proteges know that for certain, well-defined risks, if things go wrong, you will help with damage control, advise on remediation and tell them who to talk to….”

Given the investment that sponsors need to make in their proteges, Hewlett recommends a thorough vetting process, including ongoing supervision to ensure the sponsorship progresses according to expectations.

The Sponsor Effect provides numerous examples of successful and failed sponsor/protégé relationships, as well as statistics on sponsorship. It is a must-read for leaders and aspiring leaders.

What is keeping you from sponsoring someone?

If you are a senior leader who isn’t actively sponsor several proteges (Hewlett recommends at least three), you are missing out on loyal talent who can make you more effective in your current role, extend your reach and brand, and ensure your legacy.